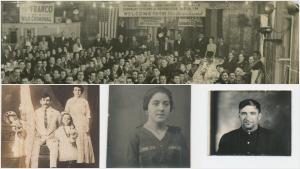 James D. Fernandez is Professor of Spanish and Portuguese at NYU.  His publications include Invisible Immigrants: Spaniards in the US (1868-1945); Brevísima relación de la construcción de España y otros ensayos transatlánticos; and Apology to Apostrophe: Autobiography and the Rhetoric of Self-Representation in Spain.  His areas of expertise include Spanish immigration to the United States; Cultural-literary relations between Spain, Latin America and the US; Representations of New York and the US in Spanish literature; Spanish Civil War and historical memory; and US participation in the Spanish Civil War.