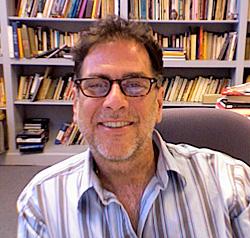 The assassination of Carlos Muniz Varela in Puerto Rico marks the turning point in the Cuban civil wars of the 1970s, but is also part of a broader context, one that crystallizes how undercover politics and ideology still define the Caribbean in the decades that follow the triumph of the Cuban Revolution.

Professor José Quiroga was born in Havana, Cuba, and grew up in San Juan, Puerto Rico. He received a B.A. in English and Modern Foreign Languages and Literatures from Boston University, and a Ph.D. from Yale University in Spanish American Literature. Before joining the Emory faculty in 2002, he taught at The George Washington University and held visiting appointments at Columbia, Berkeley, Johns Hopkins and the University of Maryland. His research interests are contemporary Latin American and Latinoliteratures and cultures, gender and queer studies, contemporary Cuba and the Caribbean, and Latin American poetry. His published books include Mapa Callejero (Buenos Aires: Eterna Cadencia, 2010), Law of Desire: A Queer Film Classic (Vancouver: Arsenal Pulp, 2009), Cuban Palimpsests (University of Minnesota Press, 2005) and, in collaboration with Daniel Balderston, Sexualidades en Disputa (Buenos Aires: Ricardo Rojas, 2005). In addition he has also published Tropics of Desire: Interventions from Queer Latino America (New York University Press, 2001) and Understanding Octavio Paz (University of South Carolina Press, 2000). He is co-editor at Palgrave Macmillan of the book series New Directions in Latino American Cultures and has been a member of the Board at the Center for Lesbian and Gay Studies (CLAGS) in New York. He is presently completing an edited collection for Duke University Press titled The Havana Reader, and a book on dissident practices in Cuba and Argentina, for which he has been awarded a Guggenheim Fellowship for the year 2010-2011.