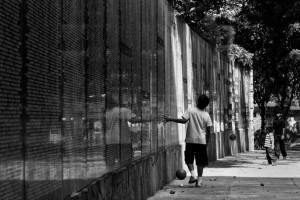 Join ASY for a captivating Q&A session with filmmaker Nelson De Witt about his upcoming documentary as one of El Salvador’s Disappeared Children, and his family’s journey to heal the wounds of war. Segments of the film will be shown, with a discussion of the filmmaking process. Pupusas (a traditional Salvadoran dish) will be served.

In 1997, De Witt, a 16-year-old Salvadoran adoptee from Boston, MA, discovered that he had been identified as one Roberto Coto, an infant who disappeared in 1982 in El Salvador after a deadly government raid on three guerrilla safe houses in Tegucigalpa, Honduras.

The raid rescued a kidnapped businessman and also resulted in the disappearance of a dozen Salvadoran revolutionaries, including Roberto’s biological mother, Ana Milagro Escobar. Today, a generation after one of the bloodiest conflicts of the Cold War, the wounds of the Civil War in El Salvador are still open and the truth about them has been obscured.

Nelson/Roberto has determined that sharing his search for the truth about his story is his way of making a difference. At the heart of Nelson/Roberto’s search is the simple belief that finding what makes us all alike—or connected—can change the world. More info on film: http://www.identifyingnelson.com/the-film/