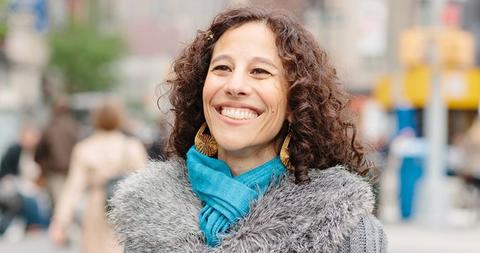 Miriam Ticktin is Associate Professor Anthropology at the New School for Social Research. She was Chair of Anthropology from 2016-2018, Co-Director of the Zolberg Institute on Migration and Mobility between 2013-2016 and Director of Gender Studies from 2012-2013. She received her Ph.D. in Anthropology at Stanford University and from the Ecole des Hautes Etudes en Sciences Sociales in Paris, France (as a co-tutelle), and an MA in English Literature from Oxford as a Rhodes Scholar.
Ticktin’s research has focused in the broadest sense on “the political”: what it is, how it is called into being, how inequalities are produced and challenged and how new political formations are imagined. Her earlier research asks what it means to make political claims in the name of a universal humanity, with a focus on human rights and humanitarianism; her current research is more interested in imagining and opening the way to new political formations. She uses a decolonial, feminist methodology, and the central lenses onto these questions are gender, race and migration. She is the author of Casualties of Care: Immigration and the Politics of Humanitarianism in France (University of California Press, 2011) and In the Name of Humanity: the Government of Threat and Care (co-editor with Ilana Feldman, Duke University Press, 2010), along with many other articles and book chapters.
Ticktin is currently at work on two related book projects: 1) a short book on innocence as a political concept, and how it produces an unending search for purity; 2) a book on the way border wall technologies travel, both transnationally and cross-species.