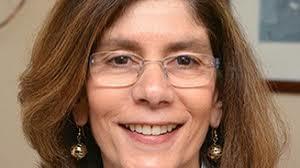 Globalization, for all its faults, has been good to many poor people living in developing countries. Millions in East Asia have escaped the threat of hunger by leaving the fields to work in factories producing manufacturing goods to sell in the West.

What happens to the prospects of the world’s poor when the West stops buying?

Pinelopi Koujianou Goldberg, Elihu Professor of Economics at Yale, currently on leave serving as Chief Economist of the World Bank Group, will return to campus on February 27 to deliver the 30th annual Kuznets Lecture, presented by the Economic Growth Center. In her talk, “Poverty Reduction in the Era of Waning Globalization”, Professor Goldberg will consider the effects of rising protectionism on poverty, and discuss approaches to poverty reduction in an era of high inequality and waning globalization.