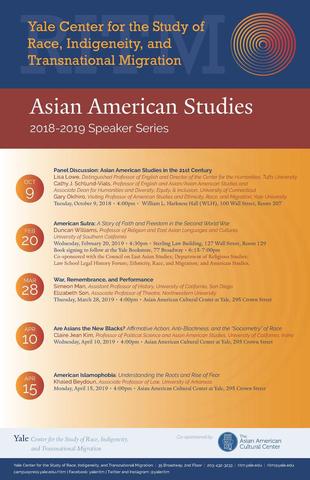 Event Description
Professor Kim’s lecture will shed light on the pending affirmative action lawsuit filed by Asian American plaintiffs against Harvard University by providing a brief history of how Asian Americans have been figured (and have figured themselves) in U.S. Supreme Court jurisprudence on race-conscious admissions in higher education. It shows that the figuration of Asian Americans has played a critical role in the legal-ideological project of despecifying black subjection and disavowing racial positionality in the U.S. social order, from Bakke to the present, and argues that a new ‘sociometry’ of race is necessary to help us understand and challenge persistent structures of racial power.

This event is part of the RITM Asian American Studies Speaker Series.