Between June ’67 and Global ’68: A Shadow History of Civil Rights and Decolonization 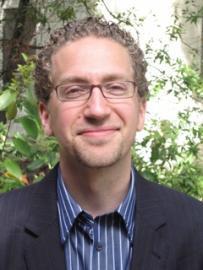 In recent years, we have witnessed a flourishing of cultural, scholarly, and activist work concerned with the entanglement of state-sanctioned violence in the United States and Israeli violence in the Palestinian territories. The history of this entanglement warrants careful elaboration. Drawing from his recent book, A Shadow over Palestine: The Imperial Life of Race in America, Keith P. Feldman examines the moment when U.S. civil rights and antiwar struggles, Israeli military and administrative occupation, and Palestinian narratives of dispossession, dispersion, and resistance were forged, felt, and thought together. As became increasingly evident, the dialectic of occupation (June ’67) and liberation (Global ’68) animated a slew of incisive cultural production, from novels and poetry, pamphlets to posters.

Keith P. Feldman is Assistant Professor of Comparative Ethnic Studies at the University of California, Berkeley. He is also Core Faculty in the Program in Critical Theory and Affiliated Faculty for the Designated Emphasis in Women, Gender, and Sexuality, and the Center for Middle East Studies. Feldman is the author of A Shadow over Palestine: The Imperial Life of Race in America (University of Minnesota Press, 2015). Feldman’s scholarly essays have appeared, or are forthcoming, in Comparative Literature, Comparative Literature Studies, Comparative American Studies, Cultural Studies, Studies in American Jewish Literature, CR: New Centennial Review, MELUS, Antipode: A Radical Journal of Geography, Theory and Event, PMLA, and several edited volumes. His writing has also appeared in Jadaliyya, Al Jazeera English, and Palestine Square.