Native American Repatriation in the U.S.: Shifts in Access and Knowledge 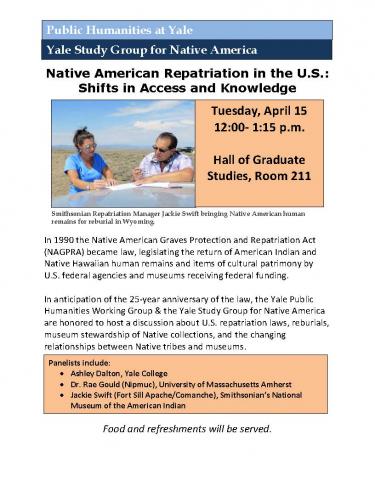 In anticipation of the 25-year anniversary of the law, the Yale Public Humanities Working Group & the Yale Study Group for Native America are honored to host a discussion about U.S. repatriation laws, reburials, museum stewardship of Native collections, and the changing relationships between Native tribes and museums.

Food and refreshments will be served.