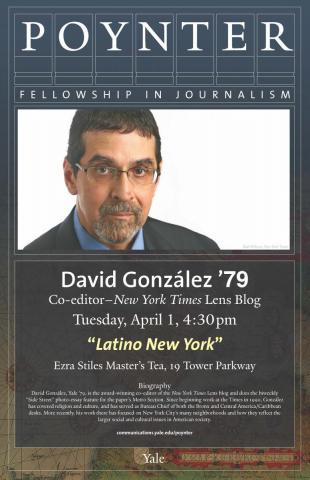 David González, Yale ’79,Co-editor–New York Times Lens Blog,  is the award-winning co-editor of the New York Times Lens blog and does the biweekly “Side Street” photo-essay feature for the paper’s Metro Section. Since beginning work at the Times in 1990, González has covered religion and culture, and has served as Bureau Chief of both the Bronx and Central America/Caribbean
desks. More recently, his work there has focused on New York City’s many neighborhoods and how they reflect the larger social and cultural issues in American society.