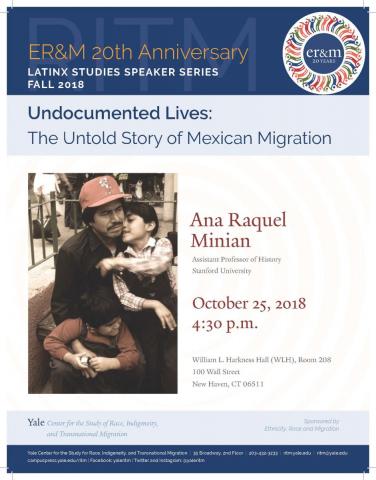 Ana Raquel Minian ‘12, is an assistant professor in the Department of History and the Center for Comparative Studies in Race and Ethnicity (CCSRE) at Stanford University. Her current book is Undocumented Lives: The Untold History of Mexican Migration. Her work has also been published in American Quarterly and the Journal of American History. Ana received her Ph.D. from Yale University with distinction.

Minian’s second book will explore the history of immigrant detention.

This event is part of the Ethnicity, Race, and Migration 20th anniversary, Latinx Speaker Series