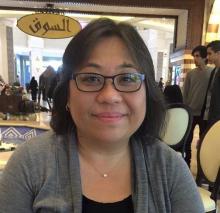 IBM Professor of Sociology and Professor of Ethnicity, Race, and Migration
Contact person by email
Grace Kao is Chair and IBM Professor of Sociology and Faculty Director of Education Studies. She is also Director of the Center for Empirical Research on Stratification and Inequality (CERSI). She is affiliated with the Ethnicity, Race, and Migration (ER&M) Program, the Center on Race, Indigeneity, and Transnational Migration (RITM), and the MacMillan Center, all at Yale University.

Currently, she is Vice President of the American Sociological Association.

She studies race, ethnicity, and immigration as they collectively relate to education and relationships among young people. She also has interests in the effects of migration on young people and has written papers on these topics in Mexico, China, and Spain. Currently, she is one of a team of researchers (led by Hyunjoon Park) that is examining the transition to adulthood among Korean Millennials. Her work has been published in the American Sociological Review, Annual Review of Sociology, Social Science Research, Social Science Quarterly, American Education Research Journal, Teachers College Record, Child Development, Early Childcare Research Quarterly, Population Research and Policy Review, Population and Development Review, among others. Her research has been supported by NICHD, The Spencer Foundation, The Russell Sage Foundation, and the Academy of Korean Studies.

According to Google Scholar, her work has been cited over 9,000 times. She has a forthcoming book (co-authored with Kara Joyner and Kelly Stamper-Balistreri) on interracial romance and friendship from adolescence to young adulthood.