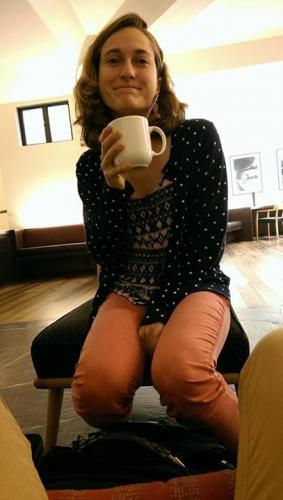 My whole life, I have been allowed a way of “knowing”.

This way of “knowing” is what philosopher Charles Mills calls “white ignorance.” To be clear, one need not be white to be ignorant of the complexity of race, but white people are particularly susceptible to white ignorance because we benefit most from misunderstanding the way power and oppression work. We don’t have to be “woke” to the systems that reproduce racial inequality because as long as we live with the status quo, we will benefit from the system without having to consider our complicity in its propagation.

In “What Yalies Should Know,” Cole Aronson ’18 argued against an ethnic studies requirement because race and ethnicity are only an “issue for certain people.” But race and ethnicity are pertinent to everyone. A belief to the contrary on the part of white folks demonstrates a “way of knowing” which perpetuates ignorance of power and white supremacy.

I use “white supremacy” to refer to the everyday subordination of people of Color, maintained by the actions and inactions — intentional or not — of individuals, systemic and institutional practices and sociocultural norms. White supremacy encompasses extremist ideologies of hate, but more broadly means the systemic subjugation of marginalized racial groups under white people and institutions.

There is something misguided and dangerous about asserting the epistemic subordination of ethnic studies under, as Aronson and others suggest, the classical study of politics, or under any field of inquiry. Such claims about what Yalies do and do not need to know presuppose a certain kind of epistemic authority. That authority is white epistemic authority, a self-serving mirage which has been defined, not in a vacuum, but within and by white supremacy.

This is a way of thinking that tacitly assents to prevailing white norms and privileges. It fails to examine how white ways of thinking about “political questions” have not only created this world in which there exist racially coded configurations of poverty, education, healthcare and criminality. It also has created a way for those in power to remain ignorant of how these formations came — and continue — to be.

We need to interrogate these norms. White ignorance reproduces racist norms in the ways we consider — or don’t consider — the people and world around us. Protecting these norms protects from the interrogation of white supremacy, which perpetuates racist outcomes. Don’t know what I’m talking about? Take an ethnic studies course.

The burden of “[dealing] with questions of ethnicity” needs to especially fall on white people if we are ever to stop the cycle of racial subjugation. If your community is somehow unconcerned with “questions of ethnicity,” this detachment is only made possible by a privilege which hurts others when ignored. Claimed detachment represents a way of knowing the world — or believing you know the world — that is intimately bound to white ignorance. I ask that you question a view of ethnic studies that compels you to seek exemption from your responsibility to think about race. Especially if you are white and have the option of “going through your life without [race] concerning you.”

Before the Black feminist scholar bell hooks left Yale in 1988 due to the lack of administrative support for ethnic studies, she wrote a paper called “On Being Black at Yale: Education as the Practice of Freedom.” Her paper advocated for the importance of ethnic studies. I want to add to her argument that education about race would not merely be a “practice of freedom” for people of Color. It is also a practice of freedom for white people in that ethnic studies counters an ethos which deludes us into thinking that societal injustices are natural and inevitable, a delusion which constricts our flourishing as human beings capable of unstinted love.

An ethnic studies requirement is a chance to institutionally challenge white ignorance so that we can strive towards a world full of love, justice and collective liberation. This is not a tangential matter. It is an imperative.

For the students of Color feeling downtrodden in the fight for validity and belonging here, I am grateful for you. In the words of an Argentine folk song, “Señal de Amor”: “I sing so that you never surrender, so that you may have strength, breath — even though the wound may gape. I sing so that we may be united because the peoples that sing have the same heartbeat.”

Cassie Darrow is a sophomore in Calhoun College. Contact her at cassandra.darrow@yale.edu .