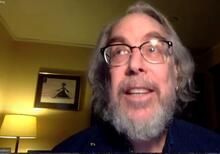 He is the author of seven books on race, politics, and culture in the United States:  Odetta’s One Grain of Sand (2019); The Historian’s Eye:  Photography, History, and the American Present (2019); What Have they Built You to Do?: The Manchurian Candidate and Cold War America, (with Gaspar Gonzalez, 2006); Roots Too: White Ethnic Revival in Post–Civil Rights America (2005); Barbarian Virtues: The United States Encounters Foreign Peoples at Home and Abroad, 1876–1917 (2000); Whiteness of a Different Color: European Immigrants and the Alchemy of Race (1998); and Special Sorrows: The Diasporic Imagination of Irish, Polish, and Jewish Immigrants in the United States (1995).

He also served as creator, writer, and lead researcher for A Long Way from Home:  The Untold Story of Baseball’s Desegregation (Hammer & Nail Productions, 2019).  The film garnered a Golden Telly Award in the category of General Television Documentary (2019).

His teaching and research focus on race in U.S. political culture 1790–present, including U.S. imperialism, immigration and migration, popular culture, Civil Rights, and the juridical structures of U.S. citizenship, in addition to Documentary Studies and Public Humanities.