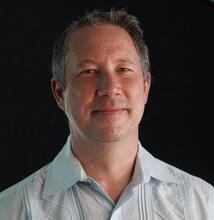 Please email to schedule an appointment

Daniel Martinez HoSang is Professor of Ethnicity Race and Migration and American Studies and holds a secondary appointment in the Department of Political Science and serves on the Education Studies Advisory Committee.

His three current research projects include Under the Blacklight: The Intersectional Vulnerabilities that Covid Lays Bare (Haymarket Press) co-edited with Kimberlé W. Crenshaw); A collaborative investigation into the history of research on Eugenics at Yale; and practice-based project on anti-racist curriculum and pedagogy for K-12 educators.

HoSang supports a summer community organizing training program for undergraduate students in conjunction with the Alliance for a Just Society, and organizing campaigns for public goods.

He has a long record of collaboration with community-based organizations and labor unions as a trainer, board member, and advisor with groups including the Restaurant Opportunities Center (ROC), Oakland Kids First!, the Partnership for Safety and Justice, and Forward Together and the African American Policy Forum.

Through the Yale-New Haven Teachers Institute, he has taught seminars for K-12 public school teachers on Anti-racist Curriculum and Pedagogy, and works with teachers and youth organizing groups in Connecticut on teaching about racism and racial justice in the K-12 curriculum through the Anti-Racist Teaching & Learning Collective.

HoSang serves as faculty advisor to Racial Capitalism and Carceral State Working Group. He has served on dissertation and exam committees for students in the fields of political science, sociology, English, comparative literature, anthropology, American Studies, and history. His recent undergraduate courses include Afro-Asian Formations of Race, Community Organizing Theory and Practice, Eugenics and its Afterlives, and Race, Politics, and the Law.

*HoSang, D  A Wider Type of Freedom: How Struggles for Racial Justice Liberate Everyone (University of California Press, 2021