Where are India’s ‘missing girls’? 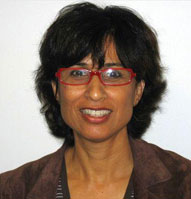 The Lancet, the British medical journal, gives us the bad news: selective abortion of female fetuses in India is on the rise. Research tells us that sex ratios are especially skewed for mothers whose first child is a girl. But it’s the media that gives us a clumsy interpretation of this trend, often blaming the practice on something called “Indian culture.”

But “Indian culture,” seen as the main cause of this problem, doesn’t tell us why this practice first occurred in some parts of India and not in others, or why it has increased among those with 10 years or more of education and is more common among wealthier households.

True, there are some communities with a long-standing preference for sons, particularly in Punjab and Haryana in North India. India has certainly struggled with a gender bias that needs to be eradicated, and the prevailing hope has been that economic development would facilitate progressive changes. Instead, women have become increasingly marginalized in the new economic order. The World Economic Forum Report tells us that India’s global gender ranking fell from 96 in 2006 to 112 in 2010. Therefore, we can deduce that the preference for boys is not about “Indian culture” per se; rather, in the increasingly globalized economy of contemporary India, class mobility is still a man’s game.