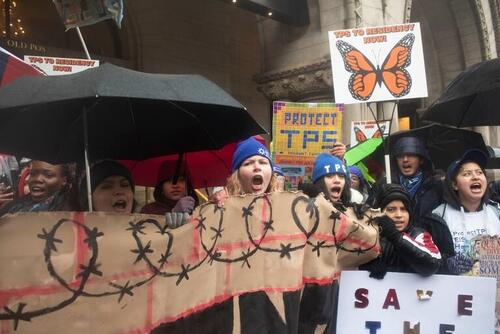 May 5 marks the 30th anniversary of an explosive uprising in the Northwest Washington neighborhood of Mount Pleasant. Although the city’s history of racial conflict is often remembered in connection with events like the 1968 uprising after the assassination of the Rev. Martin Luther King Jr., this event broke out in one of the city’s most diverse neighborhoods, focusing attention on the plight of its Latino residents.

The Mount Pleasant uprising was an important inflection point in the longer history of Central American disenfranchisement in the United States and a pivotal chapter in the Latino civil and human rights movement. The uprising brought the issue of police brutality against Latinos to the attention of the city, as community leaders pointed to the years-long neglect of Latinos by D.C. institutions, agencies and services. Central Americans were seen through one of two prisms: as a threat or as exploitable, but hardly ever as residents who were part of the fabric of the District. The uprising occurred alongside a longer struggle by immigration activists, residents and community leaders who called for local, national and international attention to the crisis experienced by Central American refugees who were escaping civil war in their homelands and simultaneously trying to survive the American city.

editorial by mike amezcua, gsas ‘2011. professor amezcua completed his doctorate in american studies and taught several er&m courses, you can find his other scholarship here.