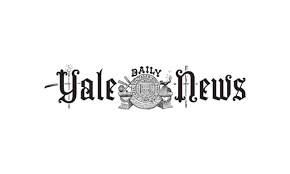 The Navajo Nation has the highest rate of COVID-19 infection in the country. Here’s how Yale students can help through Yale Together.

I worked for Ethel Branch back in 2016 when she was the Attorney General of the Navajo Nation. I remember her always dipping in and out of meetings, usually buttoned into a blazer despite the dry New Mexico heat that often reached triple digits. I had little interest in government, especially tribal politics that were often tainted with legacies of corruption and policy dead ends, but working for Ethel was different.

In legal meetings about reparations for a recent mine spill, Ethel was whip-smart and quick, constantly juggling in-person executive conversations and phone conferences. Outside of the legal arena, she was wickedly funny. Over room-temperature sandwiches and during walks to the chairpeople chambers, she would gossip to me about some of the officials’ reputations: the one who never agreed with her, the one who always fell asleep in his chair, the one who kept cursing at other chairpeople on camera.

Though the number of Diné (Navajo) women in government were few, in contrast with my tribe’s traditional valuation of a matriarchy headed by older Diné adzáání, Ethel was a force of her own. She helped start the first subcommittee on sexual assault prevention in the Navajo Nation, and during my time with her, she focused on expanding a database for Missing and Murdered Indigenous Women that included resources for women facing domestic violence on the reservation.

Right now, Ethel is leading the largest grassroots movement in the Navajo Nation in response to the devastation of COVID-19. She, along with a number of other grassroots organizers, is working to aid thousands of Diné residents against the backdrop of a widespread lack of running water, electricity, food, indoor plumbing and access to healthcare.

Since mid-May, the Navajo Nation has had the highest COVID-19 infection rate in the country, surpassing both New York State and New Jersey. The largest Native American reservation, in terms of both population and area, the Navajo Nation has seen, so far, 5,533 reported cases and 252 deaths. 102 people had already died on the reservation before the tribal nation received any of the funding promised by Congress six weeks earlier, and much of the relief effort fell on community members to mobilize for support.

Grassroots relief efforts began in late March, when organizers and volunteers faced the challenge of traversing hundreds of miles of unpaved roads to deliver supplies to families lacking sufficient goods in the Navajo Nation’s food desert. Although the nation borders the Colorado and San Juan Rivers, 30 percent of residents also lack running water due to redirection to places like Phoenix and Los Angeles. Volunteers had to transport fresh water across nearly 30,000 square miles to those in need. To make matters worse, many Diné residents live in multigenerational homes, meaning that if family members leave their houses, they risk exposing elders.

Because elders in Diné communities serve as knowledge keepers, culture bearers, language teachers, medicine people and traditional practitioners, their deaths are catastrophic for tribal communities already combatting the loss of traditional knowledge due to the effects of settler-colonialism. Already, many communities have witnessed the infection of or passing of their remaining medicine people and community leaders due to COVID-19. My family’s own home community, Naatsis’áán, in southern Utah, has only one medicine man: my great-uncle. He has no full-time apprentices learning his craft, which is common, because young people often move away for their education and jobs. Just a few weeks ago, my family learned of the appearance of COVID-19 in Naatsis’áán.

The conditions that have worsened the effects of COVID-19 on the reservation did not emerge from Navajo residents’ choices or lifestyle. Rather, federal policies, treaties and forced removal over centuries have dictated how Diné people now live and navigate many layers of legal, political and socioeconomic limitations.

On top of these challenges, a curfew enacted by the Navajo tribal government, the same body that Ethel Branch used to work for, has slowed some grassroots mobilization for COVID-19 relief. The curfew, enacted two months ago, was extended by President Jonathan Nez to grassroots organizers and volunteers, in effect stalling relief efforts from 8 p.m. to 5 a.m. each day, and on weekends. Most recently, the Navajo Nation’s outside attorney has requested that the Navajo and Hopi Families COVID-19 Relief Fund add language to their fundraiser page that they are not “the Navajo Nation” and add a link to the tribal government’s page, which could redirect donors from grassroots efforts.

Many other grassroots organizers face the same local challenges across the reservation as they continue to deliver aid against the tide of tribal government curfew, redirection and systemic disadvantage. Whether community members or allies, we must directly support these organizers and volunteers on the frontlines prioritizing direct action and aid over performativity. Diné sovereignty — more specifically, the sovereignty that includes the ability to provide substantial communal care for one’s own people — relies on community-powered mechanisms of relief, kinship and healing, rather than bureaucratic power struggles meant to signal to the rest of the country who’s in charge. In its focus on community-driven assistance in the face of federal neglect, systemic racism and local suppression, Diné collective efforts intersect with the Black Lives Matter movement’s deep focus on radical mobilization. Both communities at this time are pushing back against systems that have failed them, federal and local.

Simultaneously, however, it is important to note that the COVID-19 pandemic on the reservation should not be directly compared in relevance or importance to BLM. Although we cannot sideline what is happening in the Navajo Nation, which would perpetuate Native erasure inherent to American identity, Indigenous sovereignty does not exist without Black liberation; it cannot exist in spite of it. We as Diné cannot claim to be good relatives, to truly want collective liberation, by pushing Black lives to the side to center our narratives, even in this time of crisis. We also cannot draw divisions between the two, erasing Black Indigenous identities at the intersection, or the fact that Black communities are also experiencing disproportionate rates of COVID-19 infection and deaths. Together we must combat the effects of the settler, supremacist state; we must lift up our relatives and fight alongside them. As Keanu Gorman, Pernell Thomas and Larissa Nez have translated for many Diné online, Naahiłii beda’iina nihił danilį: “The life of each Black individual means a lot to me.” Black lives matter.

As student-led organizations uniting for change, we must do more than just acknowledge the institutionalized violence and injustices occurring across the nation — we must actively fight against them. Yale Together allows us the opportunity to mobilize as a community to donate to organizations fighting for justice, and to critically discuss the structural inequities and systems that have led us to this point. Over 80 Yale student organizations have collaborated so far to raise over $26,000 in response to anti-Blackness and police brutality and in support of Black Lives Matter, as well as COVID-19 relief efforts on the Navajo Nation to combat the effects of centuries of systemic racism. In solidarity, Yale Together amplifies the needs of Black and Navajo communities, not in contrast, but alongside each other.

Like many Navajos, I’m an avid Facebook user, though I spend most of my time perusing posts by my many aunties, cousins, nieces and nephews rather than sharing. Most days, I see new posts from Ethel Branch: a close-up of her newborn baby, watched over by her family members as she drives hundreds of miles each day to distribute goods, and volunteers in masks with their eyes crinkled by hidden smiles. I see posts from Amy Yeung of Orenda Tribe, sharing videos of her smiling with exhausted relief as a third truck full of supplies zips from her makeshift Diné Asdzáán Command Center to families in need, photos of elders who remind me of my own grandmother — my beautiful saní — being gifted free firewood and food certificates. I see my Diné friends posting in solidarity, challenging their home communities to call out anti-Blackness and address their overt and hidden biases, creating new translations each day to have discussions in Navajo about Black Lives Matter.

Through my phone screen, I cheer on my friends from Yale, posting donation drives for Black organizations, community funds, COVID-19 relief for Black and brown communities, anti-racist education materials, protest safety tips. Many of my closest friends are even leading protests from their hometowns, day after day demanding justice for George Floyd, Breonna Taylor, Ahmaud Arbery, Tony McDade and countless others.

As Yale students, donating and sharing is just the first step in directly addressing the legacies of white supremacy, settler-colonialism and racism that have led us to this point. But these first steps give me so much hope for what can follow: sovereignty, liberation, solidarity, radical change, healing. What I see is an understanding that we cannot rely on systems in place to make change — we must mobilize as a community to fight for it, however we can, by any means necessary. Together.

KINSALE HUESTON is a rising junior in Timothy Dwight College. Contact her at kinsale.hueston@yale.edu.