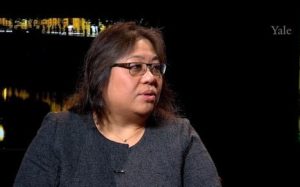 Yale University Sociology Department chair Grace Kao, an expert on Asian American studies, said it was hard to disentangle race from the killings.

“If you talk to the average Asian American woman, most of us have been subject to varying degrees of sexual harassment that targets our gender and racial identities,” Kao said. ”They do not exist separately in the lives of individuals.”