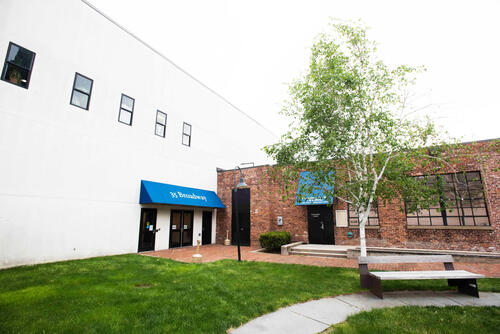 Yale’s Ethnicity, Race and Migration Department plans to hire two tenure track assistant professorships beginning in the 2022-23 academic year — one in Latinx studies and one in Native American and Indigenous studies. Multiple departmental faculty hailed the move as a much-needed result of years of student and faculty work building the program and fighting for its recognition.

“We are just thrilled to have two new junior colleagues in the dynamic and expansive fields of Latinx and Native Studies,” Latinx Studies department chair Ana Ramos-Zayas wrote in an email to the News. “To us, this shows how the dedication and struggle of ER&M students and faculty over the last several years has paid off. Yale ER&M is on its way to gaining a national reputation as a leading scholarly and pedagogical hub for studies of ethnicity, race, migration, and all their complex intersections.”

The hiring searches come after 13 professors withdrew from the program in 2019, citing a lack of support from the broader university. Those same faculty rejoined months later after the University formally obtained five permanent faculty positions for the program.

Both of the hires will work under the larger ER&M major, as there is no formal Latinx or Native studies program. The hires will, however, allow for more courses in their respective areas, increase faculty representation and help meet student demand.

Albert Laguna, chair of the Latinx studies search committee, wrote in an email to the News that the major is one of the “fastest growing” at Yale, with classrooms “overflowing with students.” The new position, he added, will help strengthen the program even more.

Potential hires will go through a series of interviews, campus talks and recruitment dinners.

Ned Blackhawk, chair of the Native and Indigenous studies search committee, agreed with Laguna, noting that ER&M recently went through “some dramatic stages of development,” referring to the 2019 withdrawals and protests that accompanied them.

Blackhawk said that currently, there is a particular challenge since most professors affiliated with the program have appointments in multiple departments and are expected to serve in some capacity in each program and major that they are affiliated with.

“All of that labor falls disproportionately on fewer shoulders than it should,” he said, adding that one of the needs of the growing Native American undergraduate field at Yale is a larger number of faculty leaders, who can “educate, mentor and guide [the program] into its fuller forms.”

Blackhawk is currently the only Native American FAS faculty member, as well as the first tenured American Indian at Yale, a challenge he said he has navigated “for quite some time.”

According to Blackhawk, this search is “an attempt” to expand his field of Native American studies, which he said will allow recent graduates to join “a very vibrant, global field of intellectual and academic concern,” and one that other schools, such as Duke University, are also engaging in.

Matthew Makomenaw, director of the Native American Culture Center, emphasized how important Native faculty on campus can be, both for representation and course variety.

“I think it’s great, the investment into searching for someone to teach Native studies,” Makomenaw said. “I feel good about that. It will be really good for our community … and will really strengthen it all around.”

Tamar Gendler, dean of the Faculty of Arts and Sciences, noted that the two hiring searches were two of 23 being conducted across the FAS humanities division this year. Other searches are occurring in African American studies, American studies, English, film and media studies, French, German, history, history of art, Italian studies, music, religious studies, Slavic studies, and Spanish and Portuguese.