Crystal N. Feimster: Rape and Justice in the Civil War 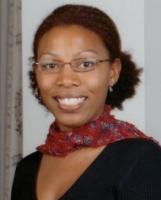 President Lincoln’s General Orders No. 100, also known as the Lieber Code of 1863, set clear rules for engaging with enemy combatants. But the code also clarified how Union soldiers should treat civilians, and in particular women. Largely forgotten today, the Lieber Code established strict laws regarding an issue that was everywhere and nowhere in the consciousness of the Civil War: wartime rape.

Three articles under Section II declared that soldiers would “acknowledge and protect, in hostile countries occupied by them, religion and morality; strictly private property; the persons of the inhabitants, especially those of women” (Article 37); that “all robbery, all pillage or sacking, even after taking a place by main force, all rape, wounding, maiming, or killing of such inhabitants, are prohibited under the penalty of death” (Article 44); and that “crimes punishable by all penal codes, such as … rape, if committed by an American soldier in a hostile country against its inhabitants, are not only punishable as at home, but in all cases in which death is not inflicted the severer punishment shall be preferred” (Article 47).

Such explicit prohibition was necessary, because even after the code was in place, sexual violence was common to the wartime experience of Southern women, white and black.